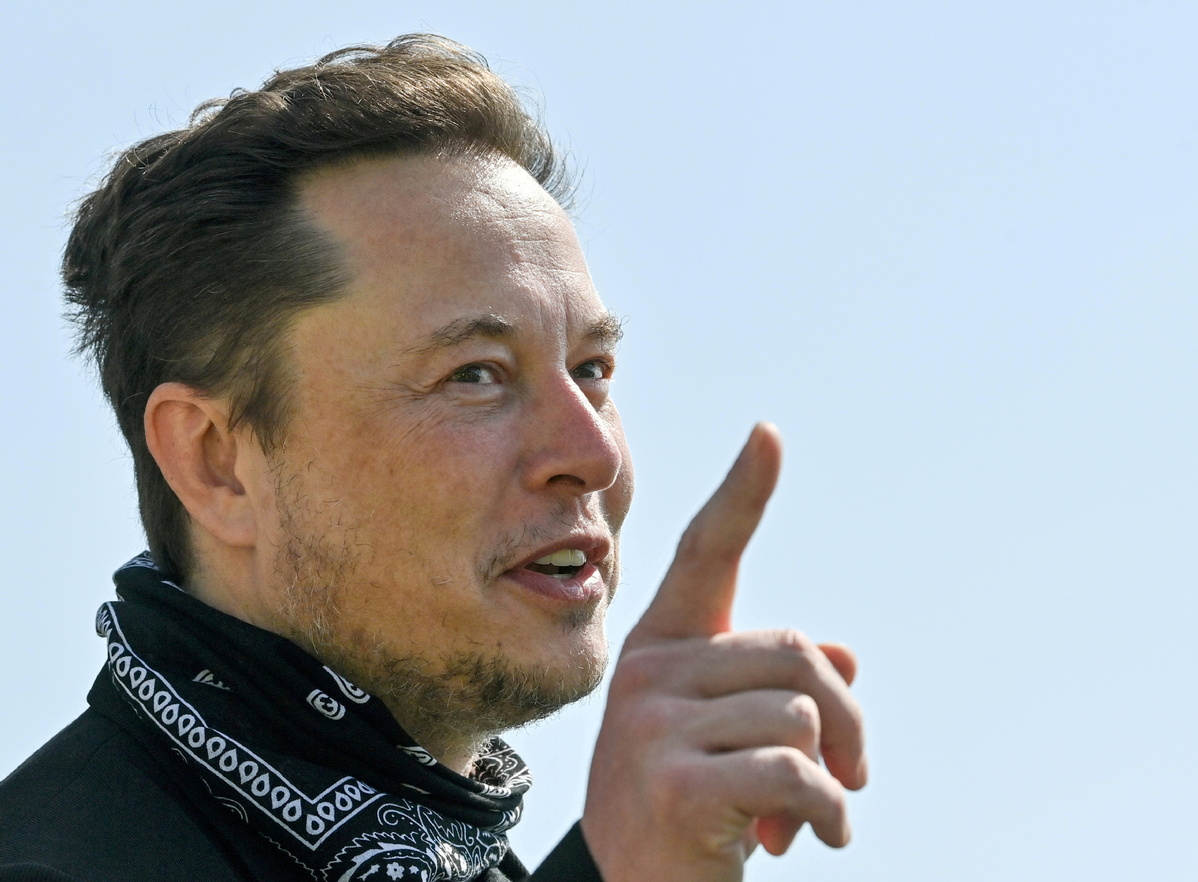 The richest man in the world has made a statement about Xinjiang.

Tesla announced the opening of the showroom in Urumqi, the capital of Xinjiang, in a Dec 31 post on its account on the Sina Weibo social media platform.

"On the last day of 2021, we meet in Xinjiang. In 2022, let us launch Xinjiang on its electric journey together," the post said.

The announcement included photos from the showroom's opening ceremony as people posed with signs such as, "Tesla (heart) Xinjiang". The event also featured performers in traditional Chinese lion dance costumes.

Business in China is also helping drive up the stock price of Tesla, the Texas-based electric vehicle maker.

Shares of Tesla, the world's most valuable carmaker, closed at $1,199.78 on Monday in Nasdaq trading, up $143, or 13.53 percent－powered by excellent fourth-quarter delivery numbers.

Wedbush Securities analyst Dan Ives, in a research note, described China as a "linchpin to the overall bull thesis" on the stock, estimating that China will represent 40 percent of Tesla deliveries this year. He also estimated that Tesla's sales in China will be worth $400 a share for 2022.

"This was a jaw-dropper quarter," Ives told Yahoo Finance Live on Monday. "This just shows massive momentum in terms of the green tidal wave going into 2022."

Xiao Lu, Tesla's head of Northwest China, said the store is an important starting point for Tesla in developing its service network in Xinjiang. According to Pandaily, a Beijing-based media company, this will not only provide comprehensive services to local customers, but also extend the concept of environmental protection to the region.

Sina Weibo user @RaygLin wrote: "I was just worried about driving (my Tesla) in Xinjiang.... Until now, there wasn't a place to fix the car."

User @v587style wrote: "This is awesome. But Xinjiang is so cold in winter, can your battery hold it?"

The store is Tesla's 11th in Northwest China and 211th on the Chinese mainland, according to tesmanian.com, a website that covers Musk's companies, including SpaceX.

Tesla's display of confidence in Xinjiang is an approach that is different from that of some Western companies, as the US government has alleged that minorities in the region are mistreated. China has said such allegations are groundless and has pointed to the rising standard of living in the region.

Sina Weibo user Chen wrote: "While American companies like Intel and Walmart cooperated with the US government's sanctions on Xinjiang, Tesla's first store in Xinjiang settled in Urumqi during this time!"

In July, Musk noted the 100th anniversary of the founding of the Communist Party of China by commenting, "The economic prosperity that China has achieved is truly amazing, especially in infrastructure!"

Walmart became the most recent US company to become ensnared in geopolitics at the end of 2021. This came after posts by Chinese consumers on social media alleged that the retailer had removed products made in Xinjiang from shelves in its stores and from those of its wholesale chain Sam's Club, The Wall Street Journal reported. Walmart faced online calls in China for a consumer boycott.

The US semiconductor company Intel apologized to Chinese consumers on Dec 23 after it was revealed that the company had sent a letter to suppliers asking them to avoid sourcing products from Xinjiang, the Journal reported.