Tesla opening Supercharger for everyone 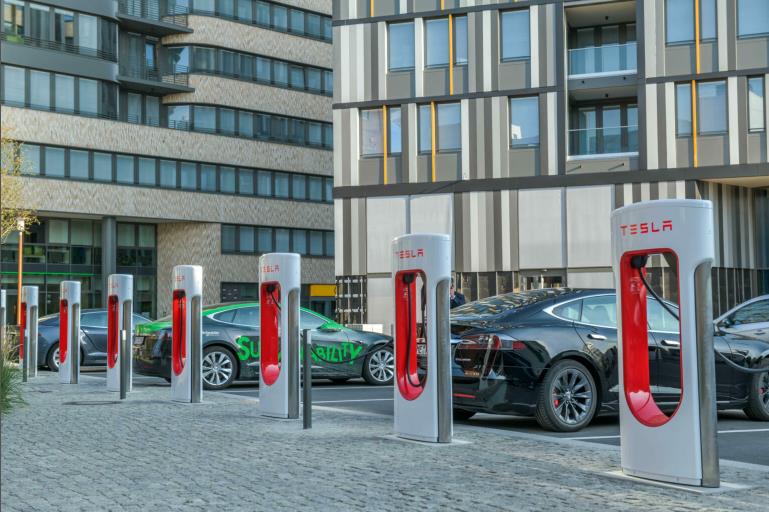 In addition to the planned location, the map also shows the approximate time for commissioning. The future locations are displayed in gray on the Supercharger map. Accordingly, the charging network is densifying from the northwest to the center of Germany. Among others, Leer, Bielefeld, Osnabrück and Göttingen will be connected or further expanded. But in addition to closing gaps, Tesla also plans to relieve the big cities. This will also give Hamburg, Munich and Berlin new charging options.

Tesla drivers from other neighboring countries also report higher prices on the Internet. According to the magazine Ecomento, prices in France rose from 37 to 40 cents at the end of 2021, and in Spain from 29 cents to 36 cents. The information therefore comes from testimonials from Supercharger users. At 47 cents per kWh, charging at the Supercharger now costs about as much as the competition: EnBW, for example, charges its customers 46 cents at its own pillars (plus a basic fee of 5.99 euros).

If the pilot project in the Netherlands goes well, things can move quickly. Many Superchargers already have the CCS standard. In the US, Tesla uses its own connection. The manufacturer wants to provide adapters there in the future. Elon Musk indicates that the price at the Supercharger for other cars will be dynamically based on the utilization of the charging station and the acute charging speed. In this way, he wants to promote short charging processes. Presumably, fast charging with a low battery level costs less than sluggish current flow in the last third. For Tesla drivers, nothing should change. Nevertheless, prices have now risen from a flat rate of 40 cents per kilowatt hour to 45 cents. For foreign customers, the price should be higher. In any case, Tesla models continue to charge more easily, because at Tesla the credit card information is linked to the car. The detour via an app is eliminated, activation and billing are automatic.

Early Tesla Superchargers initially charged with a maximum power of 90 kW. Later, the output of these charging stations initially increased to 120, then 138 kW. This type of charging station is hardly available in Europe anymore. Superchargers of the second generation (from 2013) charge with up to 150 kW. The current third generation (since 2018) achieves up to 250 kW with thicker, water-cooled cables. With the launch of the Model 3 (also in 2018), Tesla began retrofitting older Superchargers with a CCS connector. The mid-range model is the first Tesla to use the standard plug. Only since then have Superchargers become physically compatible with other brands.

They have already proven this. Because with the introduction of the third Supercharger generation, Tesla made a faux pas: For a short period of time, third-party brands could already charge at the charging stations. With the Superchargers, authentication does not take place in the column, but on the car. Everywhere else it's the other way around. An error in the log started the charging process without confirming the vehicle. After a few days, the problem was solved. The curious pictures of Hyundai Kona, Renault Zoe and VW E-Golf on Tesla Superchargers from back then will become reality in the long term.