Electric car charging standards: What does your EV use? 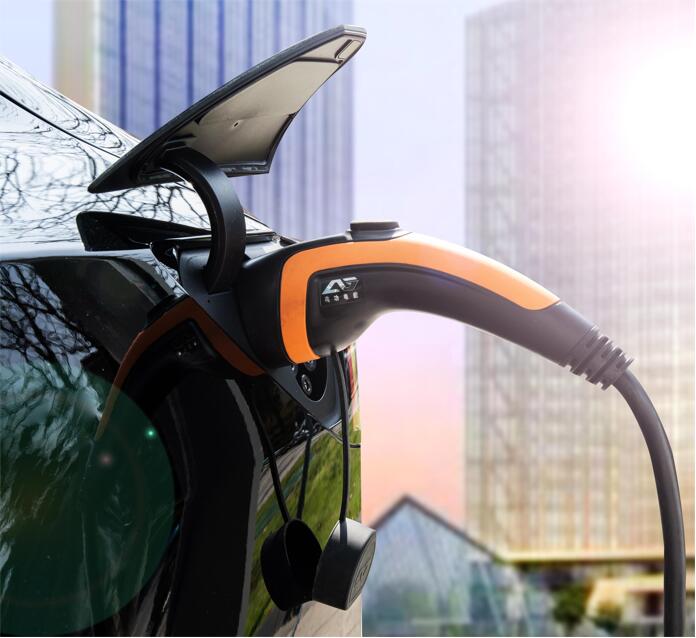 New electric vehicles sold today are versatile with how they charge.

Not only can they be fully juiced at home, they’re also compatible with the expanding network of public fast charging stations being built around the country.

This means that electric vehicles need to work with both AC (alternating current) and DC (direct current) power supplies at a range of different output levels.

At home, a standard 240V AC socket can supply at least 2.4kW of power, although it’s possible to charge faster with dedicated wall boxes installed in homes with the right type of wiring.

On the road, the fastest public chargers can currently supply up to 350kW of DC power to compatible vehicles.

All of this means that there’s a variety of electric charging plugs and charging standards in use to accommodate both AC and DC charging.

As discussed in further detail in the CCS charging section of this article, some new electric ports combine the AC charging plugs described below with a DC charge option for use at public fast charging stations.

J1772 is an older standard originally prescribed by the American Society of Automotive Engineers (SAE) to charge electric vehicles via AC power, and is also commonly known as the J plug.

Before J1772, cars such as the General Motors EV1 used a surprisingly forward-thinking inductive charging system known as Magne Charge.

This involved inserting a paddle into a port within the car, which then established a communications link and transferred power to the car.

For various reasons, the California Air Resources Board (CARB), an ardent promoter of electric vehicles during the ’90s and early 2000s, decided to support conductive charging instead, where power is transferred through a hard-wired physical link.

The J1772 standard was unveiled in June 2001 to support this transition, and subsequently became mandatory for EVs sold in California from 2006 onwards. Given it was impractical for carmakers to design specialised parts just for one American state, the J plug was widely adopted. 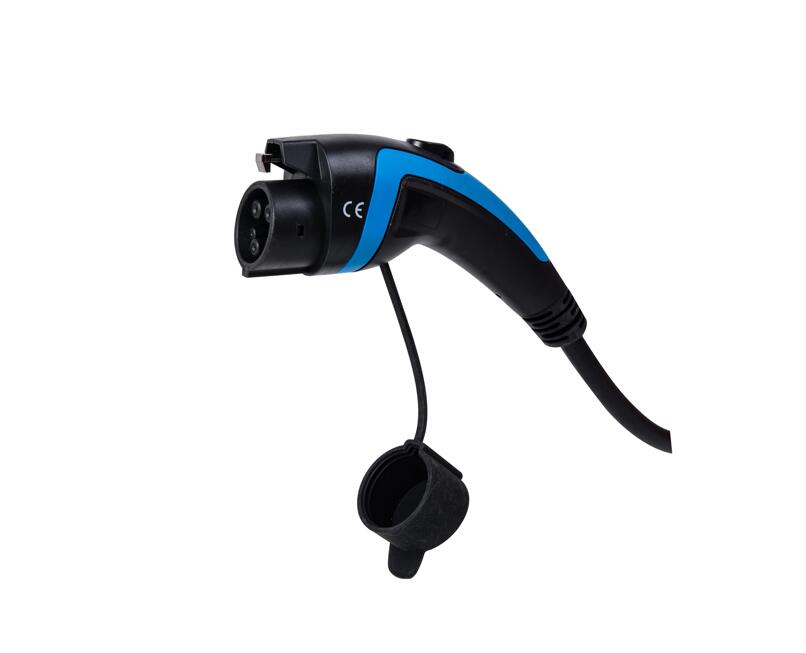 The latest revision to the J1772 standard, introduced in 2017, features a round, 43mm diameter plug with five pins that can deliver power through single phase AC at up to 240V.

Three of the pins are for power delivery (two as AC lines and one as ground) and the other two are to communicate information to the car; to determine the maximum current the EV can accept and to ensure the car does not move when being charged.

The Type 2 connector design was originally proposed by German plug manufacturer Mennekes (hence the name) in 2009 as an EU-wide AC charging system to largely supersede the older J1772 standard.

The primary difference between J1772 and Type 2 connectors is that Type 2 can also support the three-phase AC supply systems common in the EU, facilitating faster charging rates of up to 43 kW at 63A.

Type 2 connectors use a 55mm-wide plug incorporating a seven-pin design, using two small pins and five larger ones, to facilitate the three phase charging capability. The plug is housed in a design featuring a flattened top edge. 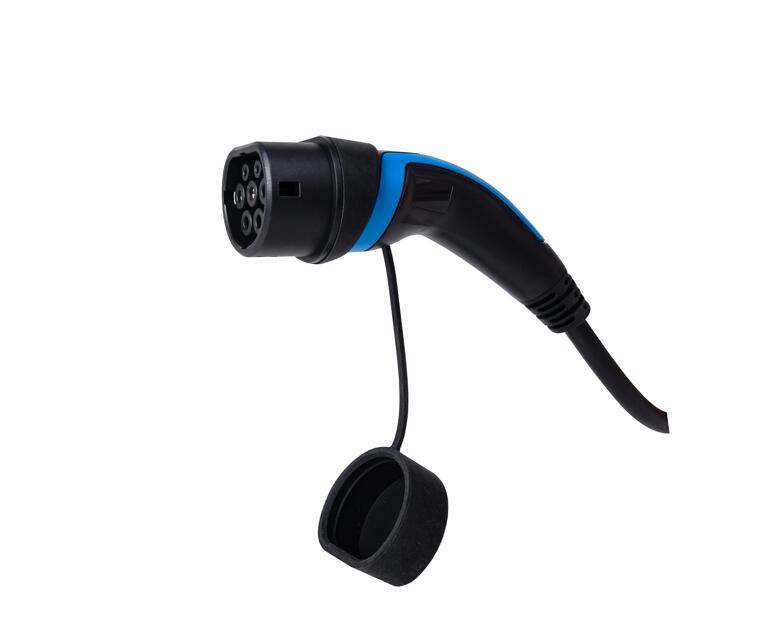 Prevalent in Europe, the Type 2 connector has effectively replaced J1772 as the AC plug of choice in most new electric cars sold in Australia. As discussed in the CCS section below, most EVs sold in Australia today capable of DC fast charging incorporate a Type 2 plug as part of a CCS Combo 2 design.

Both J1772 and Type 2 connectors are designed to be used in adverse weather conditions including rain, and adaptor cables are available to allow a car featuring a Type 2 connector to plug into networks that may still use a J1772 charging system.

As discussed below, older Tesla vehicles produced before May 1, 2019 use a modified version of this design (rather than CCS Combo 2) to enable DC fast charging at the Tesla Supercharger network.

Tesla Model S and X vehicles produced before May 1, 2019 and sold in Australia use a modified Type 2 connector that looks like a standard Mennekes plug, but can use two of the charging pins to directly facilitate DC fast charging on the Tesla Supercharger network. 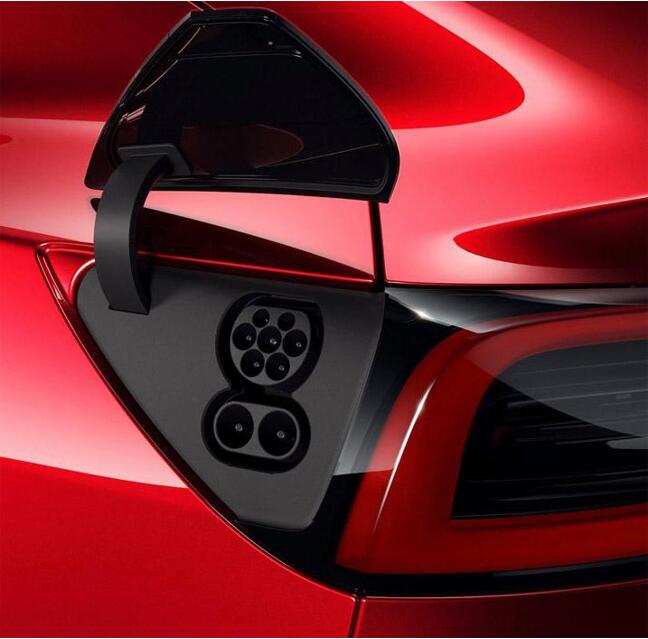 Note that although Tesla CEO Elon Musk has announced that non-Tesla EVs will be able to use the Supercharger network in the future, this has not yet been implemented in Australia. 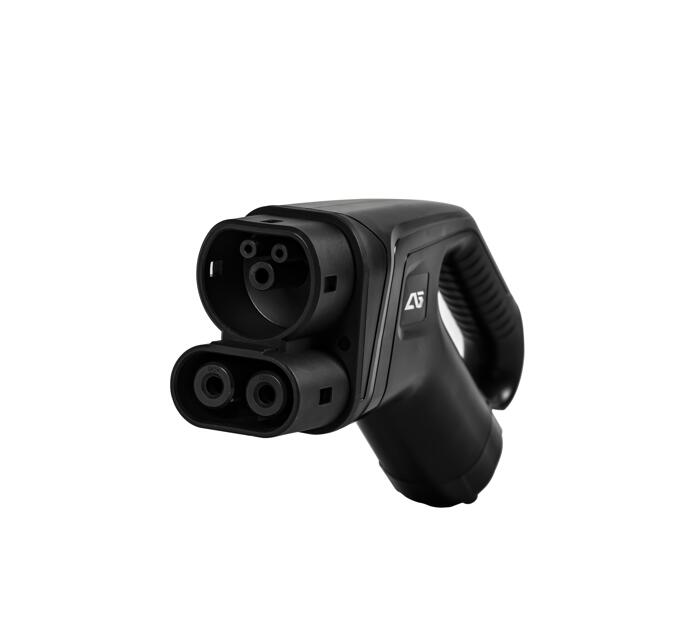 CCS stands for ‘Combined Charging System’, and a plug design that combines support for charging via both AC and DC was first proposed towards the end of 2011, with VW being the first to build a 50 kW DC fast charging station that used a CCS plug in mid-2013, to help demonstrate the charging capabilities of the just launched e-Up!

The CCS plug design is fairly self-explanatory in nature, and comes in two designs: Combo 1 and Combo 2.

Combo 1 plug designs combine a J1772 (Type 1) AC connector with a two pin DC socket underneath, whilst the Combo 2 design prevalent in Europe and Australia does the same but with a standard Type 2 (Mennekes) plug instead.

Also, we provide OEM/ODM service with the completely supply chain from concept design to MP(Mass Production).

As experienced team, we are capable of design and manufacture Industrial products with strict quality control system.

Do not hesitate to contact us if you need to.