China Zooming Ahead As a New World Model 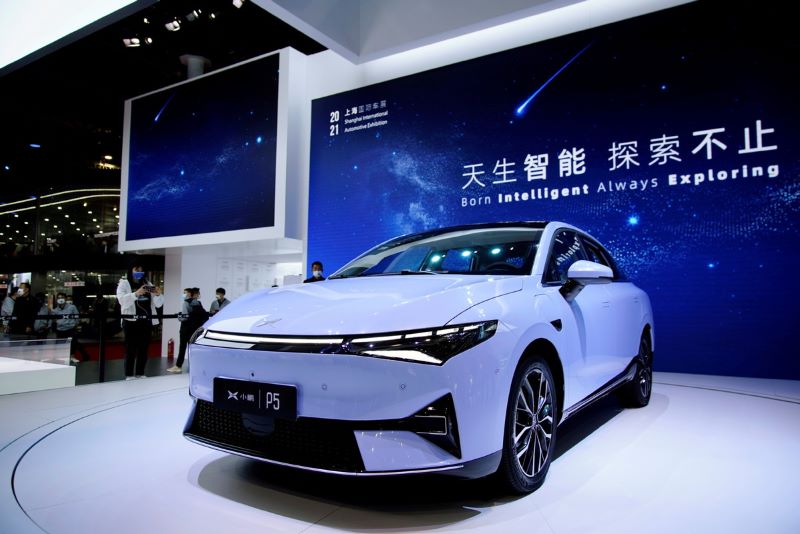 An Xpeng P5 electric vehicle is seen displayed during a media day for the Auto Shanghai show in Shanghai, on April 19, 2021. [Photo/Agencies]

On the day that the complete elimination of extreme poverty in China was announced, I told a Chinese friend that we should celebrate this occasion. Indeed, we went to a restaurant and had dinner.

On our way back, we saw one of the electric car manufacturers displaying some of their latest productions. We got close and started checking out the cars, which I initially mistook as models from that famous brand Tesla. However, I was surprised to discover that they were from XPeng, a Chinese automaker. Finally, I told my friend, we will get rid of the monopoly in the auto industry, controlled by the imperialist triad - the United States, Western Europe and Japan.

Breaking the exclusivity in this sector is no exception. Whoever reads about China in the new era will find that the logic of "being the follower" that has dominated for decades is gone for good. Today we are talking about a competitive China at all levels, especially in advanced technology. In this context, we can understand the concerns of the imperialist triad, which is currently living on the duality of war and monopoly. That can also explain the continuous campaigns against China by the triad, that aims now to demonize it after failing to break the path of its progress.

For years, the United States and its followers around the world have been waging war and smear campaigns against anyone trying to make changes in the international reality that they built on exploitation and aggression. US leaders are trying to project their own characteristics onto the rest of the world. But in the face of these campaigns, let's not forget who the United States, leading this triad and preaching about human rights, really is. The United States was built on the bodies of millions of indigenous people in the largest ethnic genocide in history, and also accumulated its economic power by enslaving Africans through a system based on forced labor and human trafficking.

James Baldwin, one of the leaders of the movement against racial discrimination in the United States, said in 1965: "I picked cotton, I carried it to market, I built railroads, all for nothing." These people created the American economy, and they weren't even treated like human beings. Yes, in the United States the cultivation of cotton thrived by forced labor and slavery. Baldwin's plea is still heard today, symbolized by the moment in 2020 when George Floyd cried out "I can't breathe." The United States is the only country in history that used nuclear and atomic bombs, killing millions.

The United States brags about supporting detention centers that contradict the most basic human rights, such as the Guantanamo prison, which Amnesty International described as a manifestation of barbarism in the current century. Also, former president Donald Trump considers the detention of immigrant children to be one of his most important achievements.

Yes, with all this criminal history, the United States still allows itself to evaluate others and give away human rights certificates. After all, when it comes to right and wrong, the US was not and never will be a role model.

It's time, instead, for China to continue its Long March to rise and shine, just like that electric car from XPeng that dazzled before my eyes that night.

Adham Sayed is a researcher with the China-Arab BRI Research Center at Zhejiang Gongshang University, and author of the book "This Is How It Was in Wuhan: Diaries of Quarantine Days".